A counteroffer can be defined as any inducement — concrete or implied – from a current employer aimed at convincing you to stay after you have announced an intent to leave. Webster’s Dictionary defined counter as a verb meaning, “to meet attacks or arguments with defensive or retaliatory steps — to offset or nullify.” The word “defensive” in the above definition, seems to best describe the whole concept of counteroffers. In effect, these are short term strategies taken by an employer when their back is against the wall. 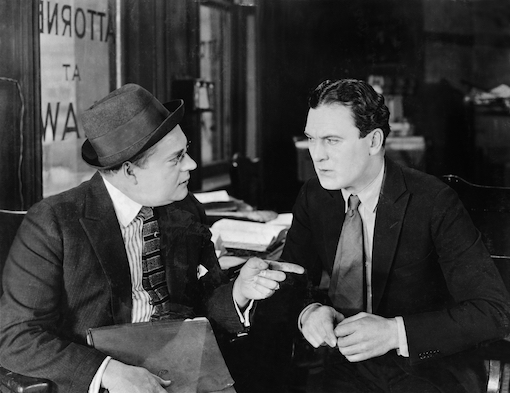 The cardinal rule is that good employers never make counteroffers; and smart employees never entertain them.

The reasons for this include:

It is important at this point to remind yourself of your original reasons for making a job change.

Chances are they still exist and you need to stay focused on those motivators in light of these interferences. Even though all employers know that counteroffers are a risky business at best, there are some firms who will give in to the temptation – particularly if they genuinely had plans for you at higher levels in the organization. While their logic sounds good, statistics prove that the practice is faulty. Let me cite a couple of examples:

– A Boyden International study published in the CPA Client Bulletin of September, 1988, tracked some 450 managers who had changed jobs during the previous three years. Of the 450, 39 had received counteroffers from their current employers and 27 had accepted those counteroffers. Eighteen months later, only 2 of the 27 were still with their original employer – 25 having either quit or been fired during the proceeding eighteen months. Boyden’s conclusion, in a nutshell, was that these employers had all felt somewhat blackmailed by this threat to quit and had laid plans to make an organizational change at a more advantageous time.

– Paul Hawkinson wrote in the National Employment Business Weekly in December of 1983 that “during the past ten years, I have seen only isolated instances in which an accepted counteroffer has been to the benefit of the employee or the employer.” This conclusion was arrived at following extensive interviews both with employers and employees who had accepted counteroffers over a ten year period.

Since the evidence clearly indicates that counteroffers almost always spell trouble for both parties, it is best to prevent any situation from developing that encourages such activity.

No one is comfortable in counteroffer situations and the facts are that it’s a no-win situation long-term for either party.

If a counteroffer situation does develop, you need to take command immediately. If you hear anything that remotely sounds like a counteroffer, simply put up your hands in the universal “stop” signal and say “I didn’t come here to blackmail you, I’ve simply been presented an opportunity I can’t pass up.” A good follow-up tactic to add finality is to ask if there is anything you can do during the transition to make things easier. This sends the message that your mind is made up and while you are anxious to handle things in a professional manner, you are clearly looking forward to your new position. Given this scenario, even the most persistent employer knows they are fighting a losing battle and will settle for making the transition as friendly and graceful as possible for all concerned. After all, how employers handle resignations has an effect on their reputation as an employer as well.

Sometimes counteroffers are disguised in terms of meetings with your boss, superior, the company president or some other high ranking executive. It is also not uncommon for counteroffers to occur during an exit interview. Usually the timing of these meetings is more strategic than accidental. An employer will usually huddle well in advance of a meeting in an effort to evaluate their timetable and options for replacing you – as well as put together “a party line” that everyone can use in one fashion or another. Usually the meeting will take place near the end of your notice period with the hope of playing on any remorse you may feel about leaving associates and friends. Typical comments you may hear leading up to a counteroffer include:
– “I am really shocked. I thought you were as happy with us as we are with you. Let’s discuss this before you make your final decision.”

– “Awe gee, I’ve been meaning to tell you about the great plans we have for you, but it has been confidential up until now.”

– “The VP has you in mind for some exiting new responsibilities.” – “Your raise was scheduled to go into effect next quarter but we’ll make it effective immediately.”
Meetings of this sort are heady stuff, and I have seen more than one impressionable employee make the mistake of forsaking a concrete opportunity with a new employer because of vague promises at his current one. Good bosses know that by pushing the right buttons they can sometimes reverse emotionally charged decisions that were made logically; and sometimes they will do so for their own personal interests. After all, your supervisor probably has some of the following thoughts when someone quits:
– “This couldn’t be happening at a worse time.”

– “This is one of my best people. If I let him quit now, it will wreak havoc on the department.”

– “I’ve already got one opening in my department. I don’t need another one right now.”

– “If I lose another good employee, the company might decide to ‘lose me’ also.”

– “My review is coming up and this will make me look bad.”

– “Maybe I can keep him on until I can find a suitable replacement.”

Regardless of what takes place between you and your current employer, it is never advisable to let your new employer know that you have been involved in discussing a counteroffer. This type of information may well shake the confidence of your new employer in your commitment and career direction. If they know that you are seriously entertaining this type of discussion, it will lead to genuine concerns as to their ability to keep you satisfied and your level of loyalty. Obviously, your word is your bond, and an acceptance – written or verbal – is your personal guarantee that you have accepted their offer of employment on good faith and plan to live up to that commitment. Anything less is unethical.

You should also be aware of a strange phenomena that I will term “The Halo Effect”. It usually takes the form of an unexpected raise, a promotion, or a “pat on the back” that suddenly occurs in the midst of your search. Why does this happen coincidentally when you are actively seeking employment elsewhere? Sometimes a current employer accidentally finds out that you are interviewing. Perceptive employers (especially those who know they have personnel problems) learn to look for patterns in phone calls, vacation days and the willingness to fight for change within the organization.

The more likely scenario, however, is that because of your decision to search for new employment, you have changed. The very decision to leave an unhappy situation leads to a feeling of relief that changes your attitude toward your boss, your coworkers and your current environment. Because you are no longer facing the depressing prospects of a dead-end situation, you may very well take on a new energy level and look forward to the promise of a brighter future. In other words, frowns turn to smiles not because of what has happened in your environment but because of your attitude. Often, this positive attitude is further enhanced by your visit to employers who do offer a more challenging or rewarding environment. In addition, as you go through the search process you usually perform at your best simply because you know you have to be in top form in order to land the job you really want.

Even the most inattentive employer will sometimes notice those changes in your attitude and recognize your performance in some fashion. However, don’t be distracted from your mission. Ask yourself, did the employer really change or did your attitude toward them simply change? If so, take that new energy and enthusiasm to a new environment where you can nurture it and thereby become an even more  valuable employee. The odds are that you will grow more rapidly in a different set of circumstances than you would by constantly having to “pump yourself up” about a situation that did not fundamentally improve.